Thanks to everyone who attended the Funemployed Tour! I had a blast. It ended in Brisbane at Southside Tea Room. Here’s Pae Hoddy (Th’ Grates) and myself mooching by the pinnies. I recommend the shakes (as in the drink). I’ll be at the Comedy Stage at Plunder In The Grass. (Thursday 7:45pm / Friday 6:45pm). Watch me phone in Northcote. 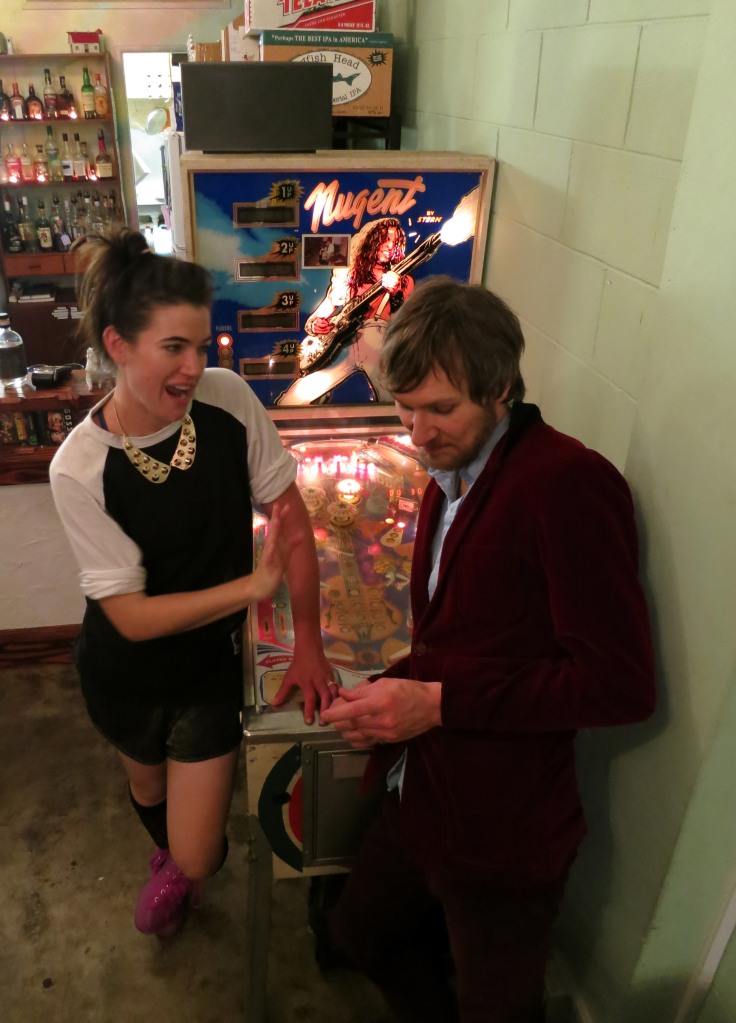 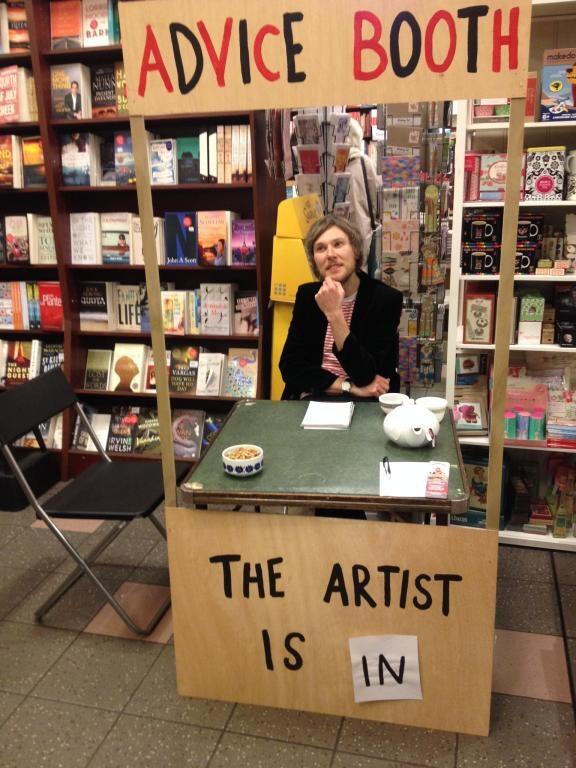 I recently spent four nights giving artistic and life advice at Readings, Carlton. It actually worked, and I ended up ‘counselling’ about 25 people. Armed with walnuts and Elderberry tea, I sat in my disarming booth and shared intimate ideas with kindly strangers. 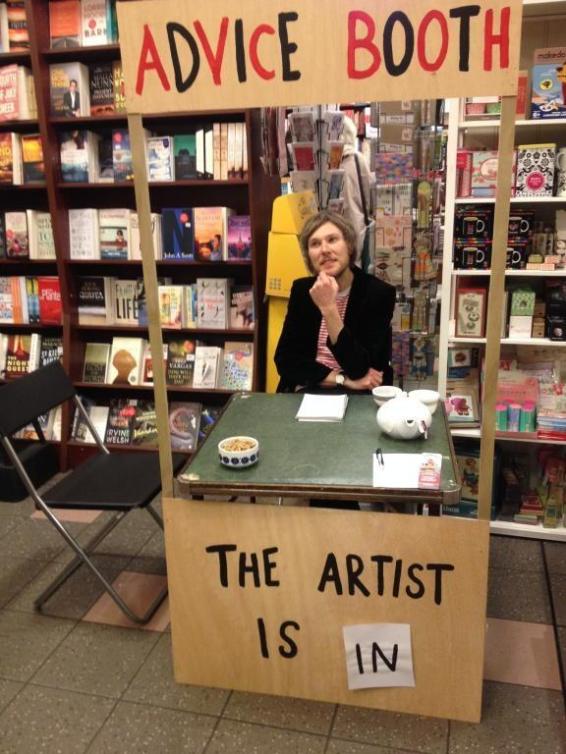 On Monday I started running an Advice Booth at Readings. It’s been a lovely ‘ground zero’ experience – mixing with people directly in a post-internet age. The focus is on arts / creative advice – but as I say in my occasional spruik “Free art and creative advice, psychological, relationship, basic health and I know some bus times.” In my two hour window I’m barely alone for longer than five minutes. Meek, kind-eyed strangers sit and we share a cup of tea and some walnuts. I’ve spoken to about fifteen people so far. Here are some of the subjects covered: