The origins of Funemployed could be traced back to 2010 when Martin Hughes from Affirm contacted me to contribute to a book he was publishing called ‘The Bogan Delusion.’ He revealed he was a fan of The Bedroom Philosopher. I made sure to keep in touch with him over the next couple of years, especially grateful when he read over my Australia Council grant application. It was a rare instance of an industry figure being proactively supportive of my career. 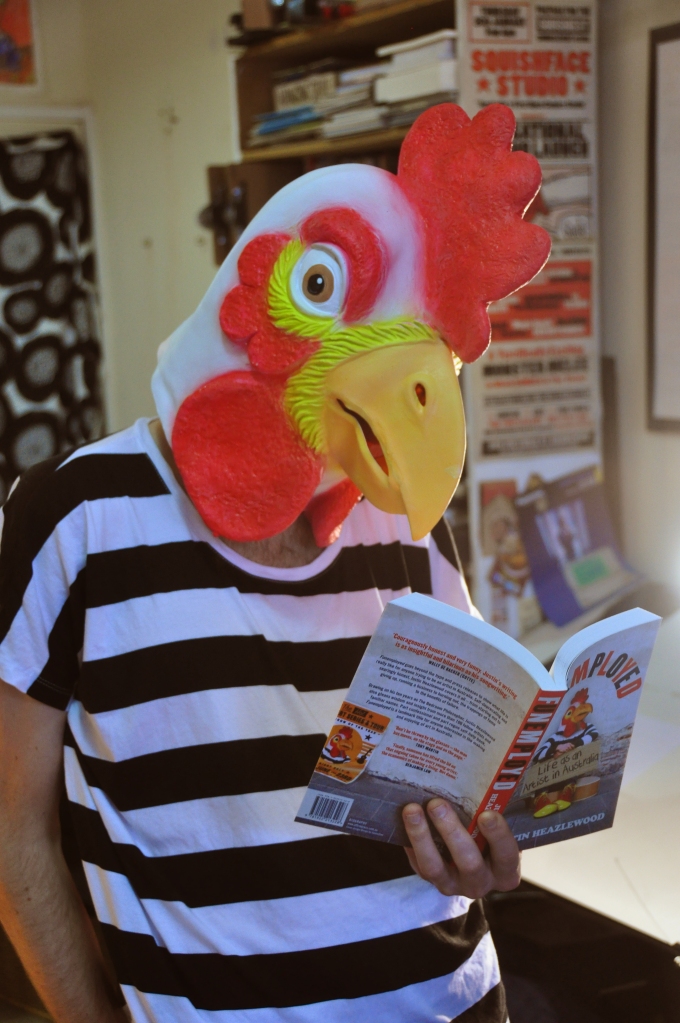 In 2012 I wanted to collate the best of my Ezine tour diaries into a book. Martin was supportive of the idea, but suggested I take a DIY route. I collaborated with Stuart Geddes at Chase & Galley on a limited run of 500. (I was introduced to Stuart through Penny Modra, who edited the blog Three Thousand – this contact coming from sending out my own press releases.) Martin wrote to say that it had given him big laughs (while eating, unfortunately.) He offered to publish the E-book. It was my first publishing break and a timely shot of confidence.

Over coffee, Martin asked if I had any other ideas for a book. At the time, (early 2012), The Bedroom Philosopher was falling apart and I was in a depressed state. On the spot I decided someone should write about what it’s like to be an artist in Australia.

While Martin had faith in my writing, he needed to be convinced that I had the focus and discipline to carry out such an epic task. Firstly, I wrote a two page pitch document, followed by a chapter breakdown. The next step was to flesh out three ‘test chapters.’ The first time round, I only passed one out of three. I was under pressure to prove myself while receiving extensive criticism before the project had even begun. It was tough. I sat on the tram, thumb scrolling through a hefty email, heart stinging. It pushed meAfter a second attempt at the chapters, I got the green light. Martin ask to improve.ed how much I might like for an advance. I didn’t know. Off the top of my head I said: ‘$4000.’ I hadn’t done any research or asked others about it. Martin agreed and I was paid $3000 upfront, with $1000 upon delivery of the manuscript. It was my first book deal. I was a real writer. Most of the advance went straight on paying off debts.

It took me about seven months to write the first draft. Two months were spent conducting interviews and researching, while the next five were spent writing, (conducting interviews all the while). While money poor, I was time rich. At the time I was subsisting on my usual cocktail of Bedroom Philosopher gigs and Centrelink. It allowed me to work on the book in almost full-time hours. I didn’t know how long it would take, but set myself a January deadline. I was so obsessed with finishing on time that I spent Christmas Day and New Years Eve home alone.

The first draft was ripped to shreds. It wasn’t holding together as a book – there wasn’t enough narrative structure, or point. As a reader, Martin was asking himself ‘why am I reading this?’ I was devastated. For someone who was used to being their own boss in the recording studio, this was an ego smackdown. I swore into the swimming pool, paced around the block a few times and started on the second draft. This took around two months, from February through April 2013. Although I had more than enough interviews, I disappeared down a rabbit hole of ‘you should interview this person’ and always had a potential subject on the go.

In April, Martin delivered the news that the book still wasn’t cutting it. As he no longer had time to edit the manuscript, he was hand-balling it to freelance editor Nadine Davidoff. If the first draft was ripped to shreds, the second was melted down for parts. Nadine delivered seventeen pages of notes, outlining in compelling detail what was working, but mostly what wasn’t. The book was too insular, too snarky, too much about me – I needed to open it up, address the reader, provide solutions. Reading my own private criticism file for the first time was like having my soul graded. Here I thought I was being cutting-edge and maverick – recreating the wheel. I was more like the Melbourne Star. I needed help.

In August I applied for and won a Hot Desk Fellowship at the Wheeler Centre. From July-September I could leave my gloomy Thornbury apartment and commute into the city to write. This boosted my confidence and gave me fresh wind. Armed with seventeen pages of notes, I literally had an instruction manual on how to finish the book. Until this point I’d written mostly 650 word columns. This was 70, 000 words. I was learning on the job.

The third draft was where it gelled. After a year thinking heavily about the subject, I had found my own voice. I could now make my own claims and draw my own conclusions rather than relying on outside voices. The third draft took four months, delivered in October 2013. During this time I was still gigging heavily as The Bedroom Philosopher – a traumatising challenge as I jammed my gears from introversion to extroversion, like performing during my own operation. 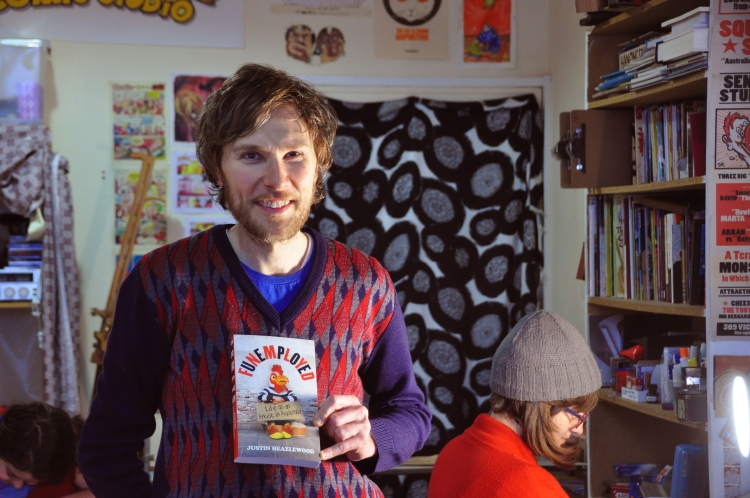 The verdict came in – I’d nailed it. I’d built a strong narrative structure, warmed up my tone and hung my quotes appropriately (like beads on a necklace). I was thrilled. Now, the hard work is paying off. Funemployed is being described as ‘easy to read’ and a ‘page turner.’ This is due, no doubt, to the rigorous drafting process, and the long-leash I was given to write and edit the book. The greatest things in life are often the hardest work – but well worth the journey.